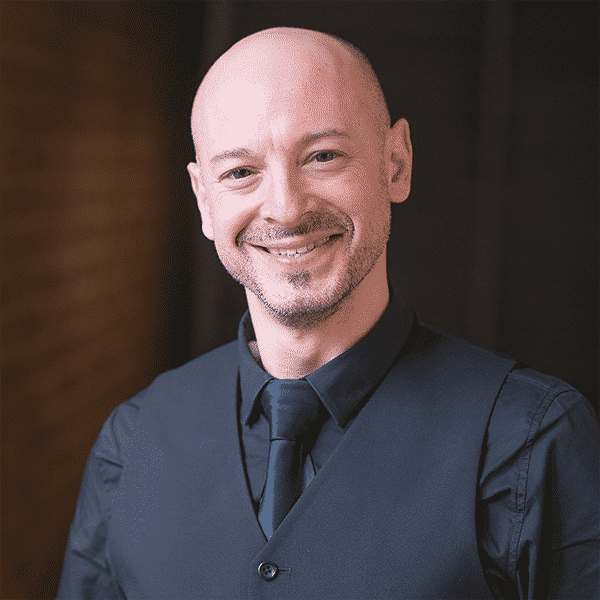 Russell Scott has been in the industry, professionally, for over 35yrs working in the worlds of Classical and Musical Theatre.

Russell is not only an accomplished singer, but also a Vocal Coach, Producer, Musical and Artistic Director. He has a superb reputation for working with performers and getting the best of them in technique and performance. He has enormous enthusiasm and charisma.

By the tender age of nine, Russell Scott, a London schoolboy, had developed a talent as a cabaret organist and made two LPs, which had totalled sales of over 100,000 copies. He had appeared on Thames TV’s Telethon, helping to raise thousands of pounds for underprivileged children, entertained thousands in the UK, France, Germany and Eire, and guested on many radio and TV programmes.

In 1980, at the age of 8, Russell was entered in to the Guinness Book of Records for being the youngest member of the Musicians’ Union.

Between the ages of 13 to 18 he established an astonishing reputation as an overall entertainer, with two residences, and performing 5 nights a week whilst still studying at school.

Russell did not attend music college but studied classical music and musical theatre privately. He studied music during his school years, passing examinations with The Royal Schools of Music and attending The Sylvia Young Theatre School in London.

In his adult life he has studied with Nick Powell, Neville Creed and David Wilson-Johnson to name a few. After finishing his studies he developed into an all-round cabaret entertainer. He presented and performed many shows across the country including a major summer season on Blackpool’s North Pier.

In 1995, after several years performing cabaret around the UK, Russell joined The London Philharmonic Choir. He has performed many of the large-scale choral works including Verdi’s Requiem, Aida, Gershwin’s Porgy & Bess, Beethoven’s Choral Symphony, Vaughan Williams’ Sea Symphony, Berlioz’s The Damnation Of Faust and Requiem to name a few. He also performed in several gala and musical theatre concerts which included Bryn Terfel, Reneé Fleming and José Carreras. In addition to his performing, Russell was Librarian and Marketing Manager for the LPC and became a Director on the board (1997-1999). Russell sang regularly with the Exmoor Singers, performing works including Bach’s St. John Passion and many chamber works from composers including Tippett, Rachmaninov, Tavener and Finzi. Exmoor Singers were winners of the Sainsbury’s Choir Of The Year competition. His smaller ensemble work included a Chandos recording of music by Sir Thomas Armstrong – Russell was one of a small group of singers chosen to premiere several part-songs on disc conducted by Paul Daniel.

Since turning fully professional as a Classical Music performer in 1999, Russell has sang with many of the UK’s leading choirs. His chorus work has included singing with The Geoffrey Mitchell Choir, The English Concert, The Choir Of The Age Of Enlightenment, The Richard Hickox Singers, London Voices, The Simon Joly Singers, European Voices, Maida Vale Singers, Netherlands Radio Choir and Metro Voices. He has toured with some of the finest orchestras and choirs in the world.

He was also a regular singer as part of an octet at The Carmelite Church in Kensington for over 4 years.

As a soloist, Russell has performed with the Avanti Chamber Orchestra as part of the Royal Festival Halls Meltdown Festival. In the Resolution Festival, Russell was one of the four soloists performing works by Tavener, Duruflé and Tippett. Later that year he sang solo alongside Joan Rodgers in a performance of the Fauré Requiem with the London Philharmonic Choir. His opera work has included playing Papageno in The Magic Flute, Shaunard in Puccini’s La Bohéme and as The Count in Mozart’s The Marriage of Figaro.

In 2000, Russell began Vocal Coaching. He specialises in Musical Theatre (performance) and works regularly, privately and in schools, with both emerging and established performers, as well as choirs and production companies. His past projects have included working on the BBC special Celebrate Oliver and, productions and workshops including Joseph and His Amazing Technicolour Dreamcoat and Les Misérables.

He taught at Lenvon School for Performing Arts for 5 years, and is regularly invited to teach, coach, workshop and direct at schools and music colleges across the country.

In 2007-8 he was Artistic Director of ‘Songbirds’, where he coached and developed young talent, giving some, the opportunity to perform on stage for the first time. In the same period he was an invited judge for the nationwide Festival4Stars regional and finals competition.

Russell has regularly been invited as a judge for competitions and showcases around the UK including Open Mic UK, Live And Unsigned, The Voice Festival, Concorde Idol, Rock Challenge, Festival4Stars, Brit Idol, The Concorde Factor, and is renowned for his frank yet constructive observations.

In 2008-9, Russell Scott co-created and produced ‘The Voice of Tomorrow’, a West End Musical Theatre project, aimed at developing and showcasing new Musical Theatre talent, with support and sponsorship from Channel4 Television and The Royal Academy of Music. He was also Artistic Director of the production Company.

For many years, he worked closely with Next Stage Drama who specialise in bringing inexperienced singers to the singing and performance world, running courses and workshops, and in 2010, helped form the Next Stage Choir to which he was invited to become Chorus Director. In 2012, he and his wife, Denise, took over the Choirs full-time. In 2013 he became Chorus Director of Waddesdon Manor Choir.

Specialising in ‘performance’, he regularly directs masterclasses, and has worked with choirs and ensembles around the UK including the acclaimed Military Wives Choir.  He also runs workshops for the Royal Opera House.

He has conducted concerts both on the small stage and on the large outdoor bowl arenas, including 2013’s MAD About Waddesdon festival. He is a highly sought-after musical director with enormous drive, enthusiasm and charisma.

Russell created New Talent Spotlight in 2009, dedicated to finding, developing and giving opportunity to emerging professional talent. He has produced and directed in the West End as well as shows across London and around the UK. He produced and Music Directed the publicly and critically acclaimed Godspell in Concert at the Lyric Theatre in London’s West End and which then toured the UK in 2015.

Russell leads an enormously busy life as a versatile performer, vocal coach, musical director and producer with a Musical Theatre background, having achieved great success in the cross-over of genres.

Music is his soul and his passion, and he is committed to finding and developing new musical talent, giving opportunity to those with the ability and dedication to succeed at the highest level.

Russell Scott is a member of the Musicians’ Union, British Equity and the Association of British Choral Directors.

Russell’s website platform, A Life In Music with Russell Scott, is dedicated to performers who want to be the very best they can be, and includes a regular Podcast, YouTube Channel and Blog. www.alifeinmusic.com