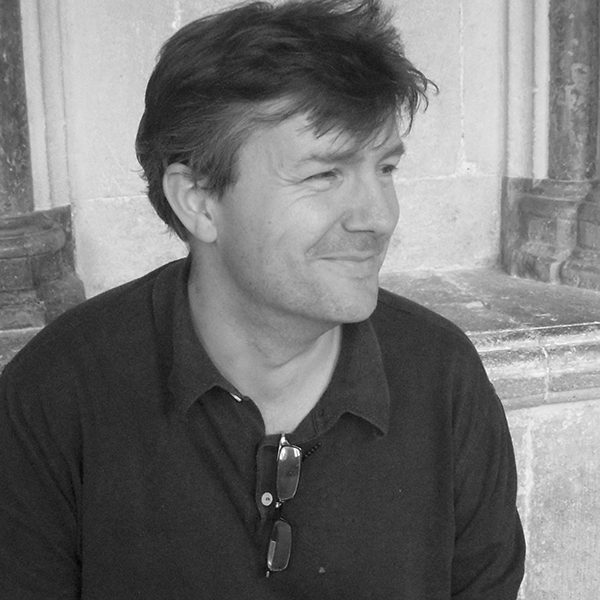 Pete Churchill has been working as a composer, pianist, singer and teacher for over two decades.

Originally trained in Canada he has been based in England since 1985. Recently completing almost twenty years teaching at the Guildhall School of Music, Pete is now Professor of Jazz Composition at the Royal Academy of Music in London whilst running the jazz choir at Trinity College of Music.

His busy freelance career has included work as diverse as a year in the West End as a Musical Director of “Five Guys named Moe”, almost a decade and a half as the British accompanist for the legendary jazz-singer Mark Murphy and the conductor of the Kenny Wheeler Big band.

As an educator and choral director, Pete is very much in demand abroad – teaching regularly in Australia (Perth, Sydney, Melbourne), including a spell as visiting Professor at the Kodaly Summer School at the University of Queensland in Brisbane. He has given Jazz workshops for the ABRSM in the Far East (Hong Kong, Malaysia and Singapore) and closer to home he has been a guest lecturer at the Sibelius Academy in Finland. Each summer brings regular courses in France, Spain and Italy.

Nearer to home Pete is recognised as being at the forefront of Jazz education in this country – receiving the Parliamentary Award for Services to Jazz Education in 2007 and nominated once again in 2012. He has also established a national reputation for his work with Primary schools all over the country. He develops strong relationships with Music Services over several years and this results in regular performances of his ‘Groove’ Oratorios at the Albert Hall – combining massed Primary school choirs with Youth Orchestras and guest soloists from the worlds of Jazz and Musical Theatre.

Much of Pete’s time now is taken up with directing his own choir ‘The London Vocal Project’. In addition to high profile performances with the likes of Dame Cleo Laine, Bobby McFerrin, Kenny Wheeler and Norma Winstone MBE – including a recent landmark recording of Kenny’s poetry settings, ‘Mirrors’ – this seminal ensemble of young singer/workshop leaders regularly join Pete on his massive educational projects. Under his guidance they are fast gaining a reputation not only as the leading jazz-vocal ensemble in the country  but also as the next generation of gifted educators.

Their latest collaboration will be with the legendary Jon Hendricks singing his lyricisation of the Miles Davis/Gil Evans masterpiece “Miles Ahead’.

In his high profile performing career Pete has been a member of both Kenny Wheeler’s and Abdullah Ibrahim’s Vocal projects and has worked with, amongst others, Norma Winstone, Stan Sulzmann, John Taylor, Julian Arguelles and Bobby Wellins. He is currently the Conductor of the Kenny Wheeler Big Band – most recently directing both the 80th birthday tour and the latest recording, ‘The Long Waiting’ – and has also released several critically acclaimed jazz albums under his own name.

Pete is married to the jazz pianist, Nikki Iles, has three children and lives in Bedfordshire in the U.K.