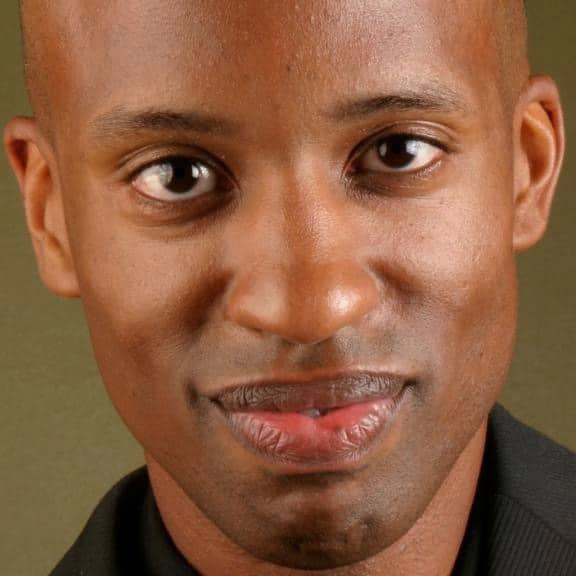 Ken Burton is a choral and orchestral conductor, composer, arranger, judge, educator, presenter and performer. He read music at Goldsmiths’ College, University Of London. Immediately after his studies, he was appointed chorus master and director of the chamber choir at the same, covering music from the Renaissance to contemporary Classical. Parallel to his Classical music-making was his regular activities in gospel and other sacred music genres. As a child, he was actively involved with his church choirs which covered a wide range of genres from anthems to contemporary gospel. This, as well as coming from a large family which would sing every morning and evening in family worship sessions, would foster his great passion and appreciation for choral music, and diverse genres.

In 1985 he was appointed musical director of his church youth choir, which developed into the well-known Croydon SDA Gospel Choir, who, in addition to  numerous prestigious concert appearances and broadcasts, was a runner up in the 1994 Choir Of The Year, wowing audiences with its innovative approach to gospel. In 1990, he was appointed musical director of the London Adventist Chorale, Choir of the year winner in 1994 (Burton was in charge of two of the three finalists). The London Adventist Chorale occupies a unique place in the British choral world, with an approach inspired by the African-American university choirs, themselves continuing on a foundation laid by the Fisk Jubilee Singers – a choir founded in the nineteenth century which combined Western choral techniques with African-American repertoire. In 2002, Burton conceived the Adventist Vocal Ensemble – which allowed him to pool singers, mostly from both aforementioned choirs, under a neutral name, mostly for BBC Songs Of Praise broadcasts. The ensemble has performed hundreds of songs for the programme, and is regularly featured, and regularly performs for the Easter and Christmas Radio 2 Good Morning programmes. Out of the ensemble came the male quartet Tessera, which has also made regular appearances on Songs Of Praise. He also founded and directs Voquality Singers for commercial projects in the film, broadcast and recording industry. The Voquality Singers is the choir on the latest Black Panther film released by Marvel in February 2018.

As a composer and arranger, Burton has written for both instrumental and choral forces. In 2005, he composed and arranged Soul Symphony, a suite of orchestral and choral music which he conducted at Symphony Hall, with the City Of Birmingham Symphony Orchestra.

He also conducted, as a guest, BBC Concert orchestra, London Mozart Players, Guildhall Strings and Orchestra Of The Swan, among others, and conducted the 60th Handel Messiah performance at the 3,000 seater Metropolitan Baptist Church in Washington DC. This church is home of international gospel composer and singer Richard Smallwood. He made his Proms conducting debut in a concert by the London Adventist Chorale, in 1996.

As a judge, Burton judges regularly for Choir Of The Year, was 2016 judge on Songs Of Praise: School Choir Of The Year, one of the judges for the BAFTA nominated 2013 series The Choir: Sing While You Work, and has, on several occasions, adjudicated Young Chorister Of The Year.

As a  presenter, he has been a guest presenter on BBC Radio 3 The Choir, where he explored ways in which gospel choral music combined with different genres. He presented two nine-part series of an online TV broadcast Music In My Life – where he interviewed and interacted with various Christian music artists from across the continent.

In addition to his sacred music work,  he has worked extensively as a vocal contractor and musical  director for numerous television shows and film work. With his Voquality Singers, an ensemble specialising in TV and film work, he has been involved in soundtrack recordings for programmes including The Book Of Strange Things; more recently he provided the choir for the soundtrack of the 2018 Marvel Films release Black Panther.

Ken Burton has conducted a large number of successful choral workshops across the UK and the continent. His 2015 workshop in Katowice, Poland ended in a sell-out performance at the prestigious 2,000 seater NOSPR concert hall.