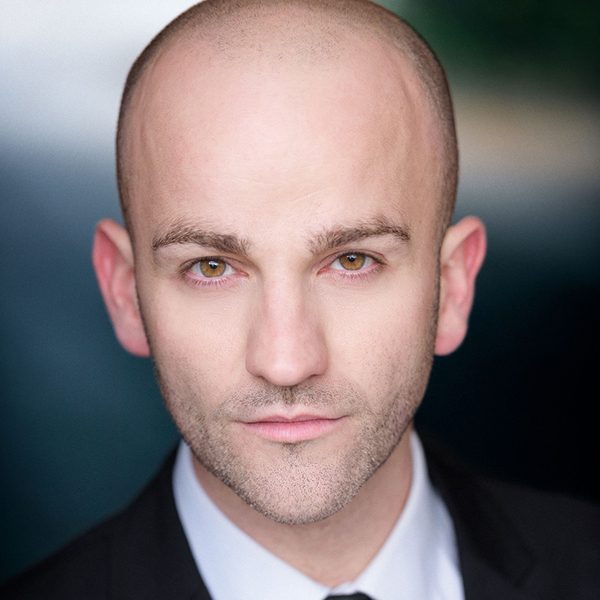 Dominic Ellis-Peckham is a conductor of immense energy and focus, delivering ‘gutsy, raw and exciting performances’. He has received critical acclaim for his dedication to the Renaissance and Baroque era, whilst also passionately championing new works and delivering inspirational collaborations, specialising in choral music.

Dominic is Chorus Director and Visiting Professor for Trinity Laban Conservatoire of Music and Dance, Guest Conductor for The Royal Opera House Big Sing programme and Presenter for The Royal Opera House BP Big Screens and Insight Evenings, interviewing Sir Antonio Pappano, Eva-Marie Westbrook and many others. Last year he conducted The London Mozart Players in a Royal Gala performance for Her Majesty The Queen’s 90th birthday, including a world premier by Roxanna Panufnik.

Internationally renown as choral specialist and for his pioneering educational work, Dominic appears regularly on TV and Radio as a presenter and choral expert, most notably for BBC2, BBC Radio 3 & 4 and SkyArts. In 2016 he published his first book with Bloomsbury Publishing entitled ‘Inspire your Choir’ and will release an anthology of his arrangements and compositions in Autumn 2018. Recent appearances and performances have taken him to Kenya, Abu Dhabi, Bahrain, Qatar, Singapore, Nepal, Bangkok, the Netherlands, Kuala Lumpur, the USA and China.

Keen to promote and support new music, Dominic has conducted an array of highly acclaimed world premieres, notably Oliver Searle’s ‘Pride, Poverty and Pianos’ for BBC Scottish Symphony Orchestra, Toby Young’s ‘Love and Harmony’, three premieres by Cheryl Frances-Hoad for London Oriana Choir, Alexander Campkin’s ‘I Watched The Dying Light’ for London Mozart Players and Kerry Andrew’s ‘Who We Are’ for The Royal Albert Hall. Dominic works closely with BASCA and in 2014 was invited to be Chair of the Choral Category for The British Composer Awards. In 2016 Dominic launched Five15 – a ground-breaking new musical venture, championing women composers own choral music, developing a legacy of commissions, workshops and masterclasses, aiming to inspire generations to come.

Recent engagements include: the world premier of Alexander Campkin’s ‘The Ghost of Shadwell Stairs’ at London’s iconic Brunel Tunnels, The Royal Opera’s ‘La Traviata’ Big Screens, performances of ‘Kingdom Hearts’ in London, Los Angeles, New York and Singapore, a live broadcasts for BBC Music Day 2017, ‘The Seeker’ for The Royal Philharmonic Orchestra, and guest conductor appearances in Hong Kong and New Zealand. Engagements this season include: Mentor and Guest Conductor for Tenebrae’s Associate Artists, Guest Conductor for The Cathedral Choristers of Britain National Concerts and Workshops, a Far East tour of Bach and Vivaldi with The Chamber Choir of London, Guest Conductor for St Martin-in-the-Fields Fellows, the world premier of Rebecca Dale’s ‘Nox Perpetua’ for London Oriana Choir and London Mozart Players, Guest Conductor for Cambridge Festival of Education, Assistant Conductor and Chorus Master for ‘La Boheme’ for Stones Opera and Straßenchor, Berlin, and Dominic will join the music staff of Opera Holland Park 2018.

Dominic’s critically acclaimed ensemble Chamber Choir of London have released a series of new singles all available on iTunes, Spotify and other music services.